An except of the proclamation reads:

“As the first people to live on the land we all cherish, American Indians and Alaska Natives have profoundly shaped our country’s character and our cultural heritage. Today, Native Americans are leaders in every aspect of our society — from the classroom, to the boardroom, to the battlefield. This month, we celebrate and honor the many ways American Indians and Alaska Natives have enriched our Nation, and we renew our commitment to respecting each tribe’s identity while ensuring equal opportunity to pursue the American dream.

In paying tribute to Native American achievements, we must also acknowledge the parts of our shared history that have been marred by violence and tragic mistreatment. For centuries, Native Americans faced cruelty, injustice, and broken promises. As we work together to forge a brighter future, we cannot shy away from the difficult aspects of our past. That is why, in 2009, I signed a bipartisan resolution that finally recognized the sad and painful chapters in our shared history.

My Administration remains dedicated to writing a new chapter in that history by strengthening our government-to-government relationship with tribal nations while enhancing tribal sovereignty and tribal self-determination.

Because we know that the best ideas for tribal nations come from within, my Administration has continued to engage tribal leaders in developing an agenda that respects their expertise on matters affecting American Indians and Alaska Natives. In collaboration with tribal nations, we are making critical investments to improve health and education services, create jobs, and strengthen tribal economies.

In July, I was proud to sign the Helping Expedite and Advance Responsible Tribal Homeownership (HEARTH) Act into law, which will enhance tribal control over the leasing of Indian lands. Last December, I signed an Executive Order to expand educational opportunities for Native American students. It aims to preserve Native languages, cultures, and histories while offering a competitive education that prepares young people to succeed in college and careers. And under the Tribal Law and Order Act and the Safe Indian Communities initiative, we are continuing to work with tribes to build safer communities. My Administration also supports the United Nations Declaration on the Rights of Indigenous Peoples.

As we celebrate National Native American Heritage Month, let us move forward in the spirit of mutual understanding and mutual trust, confident that our challenges can be met and that our shared future is bright.” 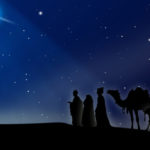 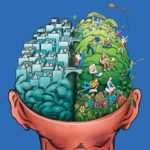